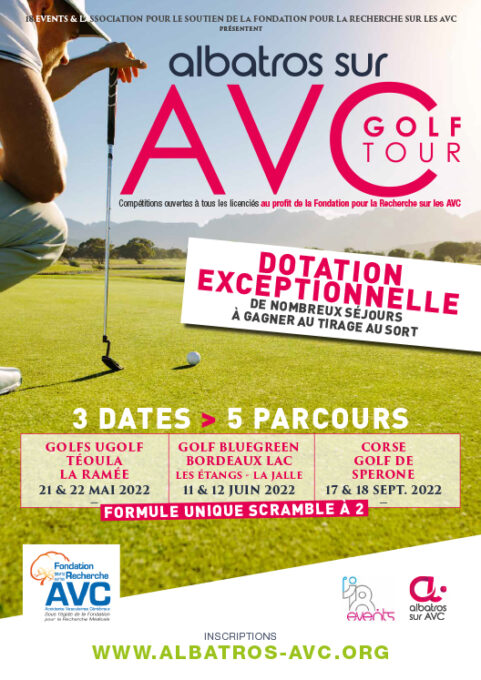 The WinInOne Trophy has only one goal: to boost the golf courses in its network, highlight its partners and introduce non-golfing attendees to the sport we love so dearly.

The trophy and the WinInOne concept bring a unique dynamic and challenge to events organised in support of the French Stroke Research Foundation. Some fantastic prizes are on offer, thanks to 18.events and the Albatros Stroke Association’s many partners. Our competitions are always a hit for golf courses and golfers alike.

18.events also organises all kinds of competitions on request. From 25 to 300 people, on your own golf course or on some truly exceptional courses. 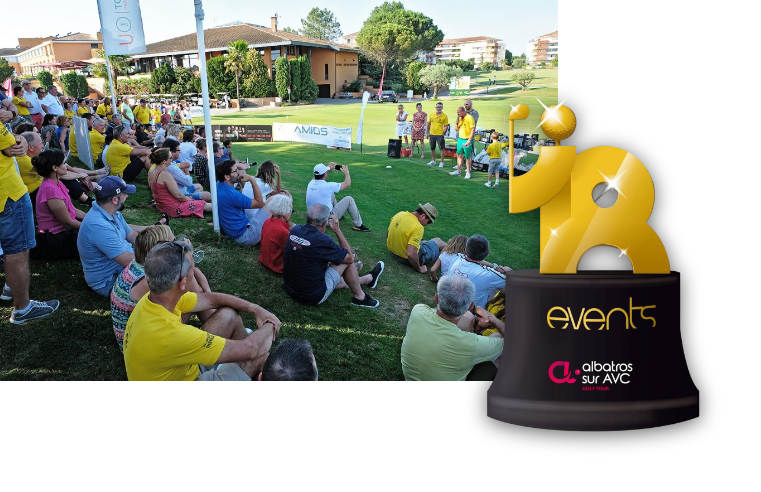 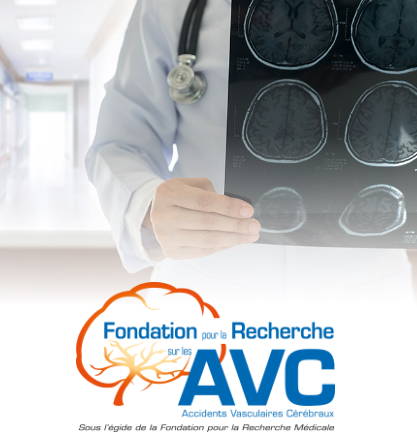 Benoît Lemauf is also Vice-President of the Albatros stroke association, the purpose of which is to collect funds through the creation of sporting events, with all profits going directly to the French Stroke Research Foundation in order to help in the development of studies and therapy surrounding this very serious disease.

150,000 new stroke cases are identified in France every year, averaging one stroke every four minutes:
It is the main cause of death for women, the third most-common for men and the number one cause of disability for both genders, with 15% of victims aged under 30 years.

As such, it is imperative that initiatives such as ours are launched, recognised and endure in order to participate in the development of research – putting our passions to good use.

18.events organises the WinInOne Trophy competition on its golf courses to present the concept to golfers, hosting a day filled with surprises, sharing great moments between players and non-players alike, while offering a donation to the French Stroke Research Foundation – a cause that concerns us all.
18.events has been committed to this cause since 2019.

18.events undertakes to donate €1 to the Foundation for each Birdie declared and verified with our WinInOne cameras! Pick up your clubs and play for a good cause!